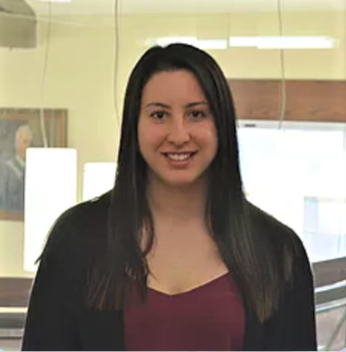 An Estate Trustee is another term for an Executor. The role of an Estate Trustee is to “execute” the will of someone who has passed. At some point, you may be asked to be an estate trustee either by being named in a will or by bringing an application on your own. Once you are appointed as an Estate Trustee, there are five main principles you must follow:

Failing to comply with these principles can result in liability from what is called a “breach of trust” claim. As an Estate Trustee, you can be held personally liable and a range of consequences can follow depending on the severity of the breach. For example, if a judge orders you to do something as an Estate Trustee and you fail to follow those orders, the judge may hold you in contempt. This could ultimately lead to jail time if you ignore the judge’s order.

In 2011, Barry Landen was sentenced to 14 months in prison by the Ontario Superior Court of Justice, for Civil Contempt of Court. Barry Landen was a trusted friend and colleague of Paul Penna and Mr. Landen was appointed the Estate Trustee for Mr. Penna’s estate. Mr. Penna died in 1996 leaving behind a will and an estate worth $24 million. Mr. Landen did not follow Mr. Penna’s wishes as outlined in Mr. Penna’s will. Mr. Penna’s wife received no money from the estate and none of the charities received any donations as specified in the will. Mr. Landen instead used the money from the estate for personal matters and nearly all the money in the estate had vanished. An injunction order was issued by the Court in 2005 to protect what little assets were left in the estate. The injunction order was breached repeatedly by Mr. Landen between 2005 and 2010. In response, Madam Justice Greer sentenced him to 14 months in jail for violating a series of court orders.

This case is one of the longest sentences ever issued in Canada for contempt of court; however, it shows that these consequences are possible. As an Estate Trustee, there are a number of risks associated with your appointment. A common consequence of failing to uphold your fiduciary duty is a court order to remove you as Estate Trustee. An Estate Trustee may spend a lot of time getting the estate in order for disbursement. Your removal can cost you lost time and wages which will not be compensated. You really need to consult an experienced estates & trusts lawyer who can inform you of the roles and responsibilities, as well as the risks associated with being an Estate Trustee before even agreeing to accept the appointment.

Disclaimer:  This newsletter is intended as general information only.  The information contained herein is not and should not be construed as legal advice. By subscribing to or reading this newsletter, a solicitor-client relationship with Cambridge LLP is not established.

Ayala David is a law student from the Integrated Practice Curriculum at the Lakehead University Bora Laskin Faculty of Law. She is currently completing her work placement semester at Cambridge LLP where she is focusing on Estate Law.