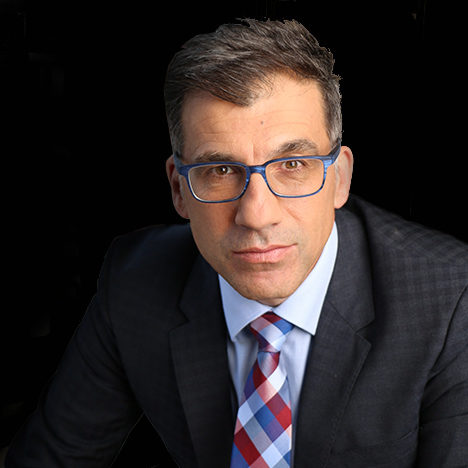 “I Should have Known Better”—I am sure the lyrics from this 1964 hit resonate in Sir Paul’s head as he cut a $48 Million dollar cheque to his ex-wife Heather Mills.

There is no question that the celebrity profiles and millions of dollars at stake made this story worthy of front page news. Aside from fame and fortunes, the facts of this case are very ordinary and probably worthy only of a lesson in estate planning.

Let’s review the facts: 65-year-old man loses his lifelong partner to cancer; heartbroken and lonely he finds new love less than a year later in a buxom blonde who is 25 years his junior, his relationship with his children becomes strained, the new marriage ends in less than 5 years and the second wife gets wealth that once belonged to the first wife and was intended for his children.

This is not a life story reserved only for the rich and famous [although if you change the number 65 to 95, it begins to sound a lot like another Hollywood headline — J. Howard Marshall III vs. Anna Nicole Smith].

We likely do not have to look beyond our own circle of friends to find a storyline very similar to this. In my years practicing law this has become an all too familiar scenario. And it seems that the women are more concerned about this fate than men; and for a good reason. The fact is older men are much more likely to remarry than women following the death of a long-term partner. The remarriage usually occurs within the first two years of the loss. Some of my female clients espouse that the male ego is insecure and in need of constant companionship, making men prime targets for predatory brides.

This view probably explains why women, more than men, in my experience, are more interested in protecting their assets from the claws of a second marriage. A marriage contract is the best protection

for a widower considering exchanging vows for a second (or third) time. Yes, they are worth much more than the paper they are written on. The highest Court in Canada, a few years ago, upheld the validity of a highly one-sided marriage contract, breathing new life into this planning tool. The usual hurdle of a marriage contract is that one party (usually the one with the much higher net worth) has to be strong and smart enough to request it and the other party willing to cooperate. It seems Sir Paul, like most widowers, was blinded by love.

Rather than relying on the survivor to take charge of his or her own financial affairs, more and more clients are turning to testamentary trusts to protect their wealth. Not only can a trust serve as a wonderful tax saving vehicle, its versatility can offer great asset protection for the surviving spouse without financial deprivation. For example, assume the main assets of your estate are an RRSP and a house. While it is good tax planning to leave your RRSP to your spouse, leaving your home to your spouse could be poor planning from an asset protection prospective. The reason is that the home in which a married couple live, known in the Family Law Act as the “matrimonial home”, is the only asset that the law requires to be shared equally between the spouses regardless of the amount each spouse contributed towards its purchase. Said another way, it does not matter if only one spouse is on title and that one spouse already owned the home before the parties even met. When they separate, each spouse receives half the home’s equity!

So how do you protect your half interest in the matrimonial home when you die? Answer: leave your interest to a spousal trust rather than to your spouse outright. Here is how a trust would work: your Will could direct that upon your death, your half share of the house shall be registered with your children, in trust, and your spouse shall be allowed to live in the house (i.e. “use” your half share) for his lifetime. The trust could permit the house to be sold, and your half of the proceeds remain invested with the income generated to provide financial support to your spouse; for example, money used to pay for rent in a retirement home or long term care home. Upon your spouse’s death the provisions of the trust would call for your share to be disbursed to your children or whoever the beneficiaries of your estate are. A trust will allow you to support your spouse while simultaneously preserving some wealth for your children, rather than their new stepmother. From another perspective, the spousal trust is a “built-in” marriage contract for your surviving spouse if they are too timid to request such a contract for their own protection.

A trust can be a great way to protect other assets accumulated during the marriage. The above example just considered protecting the matrimonial home. Paul and Linda McCartney were married for more than 30 years. It would not be surprising at all if half of the rock legend’s $800 Million dollar fortune had once belonged to Linda under US or UK marriage laws. In which case, Linda co-funded Heather Mills’s last “Ticket to Ride”.