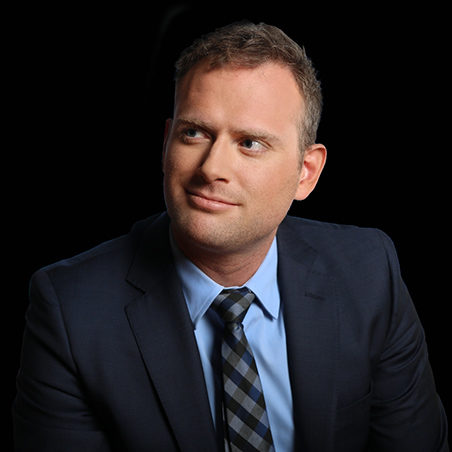 On November 17 2017, NAFTA re-negotiations will resume for a fifth round in Mexico City. These negotiations are undoubtedly very important for future economic growth in North America. In addition to furthering cross border mobility of trade goods and services, NAFTA has also facilitated high skilled labour mobility between its three member nations: United States, Mexico, and Canada. Chapter Sixteen of the current NAFTA agreement sets out a number of categories in which work permits are exempted for citizens of member nations, or in which work permits may be granted to foreign workers from member nations exempting the requirement for a Labour Market Impact Assessment (LMIA). The LMIA is a specialized permission from the Federal Government for employer firms to hire foreign workers. Those NAFTA categories: professionals, traders/investors, intra-company transferees, and business visitors.

While leaders from each member state have publicly acknowledged that the collapse of NAFTA would be devastating; stalemates on important issues, such as preserving Chapter 19 dispute resolution mechanism and five year sunset provisions make the future of the tripartite agreement uncertain.

The NAFTA work permit for professionals potentially has the most significant repercussions for employer firms and foreign workers. LMIA exemptions are issued in this category to foreign workers in a list of over sixty designated professions; these include doctors, dentists, lawyers, hotel managers, economists, scientists, etc.. The list of professions along with the special features of this work permit category is unique to the NAFTA agreement and do not exist in immigration legislation, nor in other foreign trade agreements in the same form. In particular, NAFTA does no limit to the number of times the professionals work permit can be renewed, allowing great freedom for employers to maximize use of specialized skilled workers on a limited basis.

In the event of a NAFTA termination, the General Agreement on Trade and Services (GATS), to which the United States and Mexico are signatories with Canada, has a partially similar professionals category in its labour mobility provisions. It should be noted, however, that the equivalent professionals category in GATS lists only ten professions, and is substantially limited in work permit features; they are only granted for up ninety days in a twelve month period, and cannot be renewed. GATS may serve as an alternative for the renewal of this type of work permit for qualifying foreign workers.

Employers of foreign workers in this category may also consider applying for an LMIA, and assist indispensable personnel with renewed work permits under regular immigration legislation.

Work permit holders in the traders and investors categories may also be affected. Traders are professionals who carry on substantial trade in goods and services between member nations, and investors are business persons who seek to establish, develop or provide key services to the operation of an investment to which that person’s enterprise is committing substantial capital.

Issuance or renewal of work permits in this category after a NAFTA termination may also face difficulties. Neither regular immigration legislation nor GATS have equivalent categories. The Chile, Peru, Columbia and Korean free trade agreements, on the other had do; and the Comprehensive Economic and Trade Agreement (CETA) between Canada the European Union also has an investor category. To be able to apply under one of these agreements, however, employer firms must have requisite cross border operations between Canada and member nations, and foreign workers must have requisite status in member nations.

An alternative to the traders and investors work permit potentially exists in a specialized immigration legislation category in which LMIA exempt work permits are issued in favour of “Canadian interests”. For this category, a Canadian visa officer may consider the significant benefit of entrepreneurs and self-employed candidates being granted LMIA exempt work permits to operate business activity on a temporary basis. The case would have to be made by the foreign worker that the activity would generate significant economic, social or cultural benefits or opportunities in Canada.

In contrast, work permits issued under NAFTA’s intra-company transferees program will face little pragmatic difference for employer firms and affected foreign workers in the case of a NAFTA terminated. These work permits are issued to business persons who seek to render services to an enterprise or a subsidiary in Canada in a capacity as a manager, executive or specializes knowledge. The requirements for this exemption under NAFTA is nearly identical to the general LMIA exemption for intra-company transferees in regular immigration legislation. GATS also has equivalent intra-company provisions. Foreign workers with this NAFTA work permit would very likely be able to use either of these programs to continue to obtain work permits in this category.

NAFTA also allows for business visitors to enter Canada for short terms without a work permit. As these foreign nationals are not entering the labour market, they are generally allowed entry as visitors. Regular immigration legislation confers similar benefits to business visitors under provisions equivalent to NAFTA. After a NAFTA termination, qualified candidates will continue to be able to enter Canada under this category or apply for extensions to temporary resident visas.

Canada’s Global Skills Strategy also grants work permit free entry for short periods of either 15 days or less or 30 days or less for similar classifications of executives, managers and professionals.

At this time, the Canadian Federal Government has not made a NAFTA termination plan available to the public. Article 2205 of NAFTA, though, requires participant nations to give six months notice for withdrawal from the agreement. This would provide a transition period for affected foreign workers and employer firms to consider alternative programs.

Whether the Federal Government will implement a longer transition period, or whether they will allow for current work permit holders to stay until their status expiry is unknown. For this reason, employer firms with NAFTA foreign workers are strongly advised to act immediately to formulate a strategy that mitigates the potential impact of a termination of the agreement. Firms and foreign workers should review alternative work permit programs and free trade agreements, or even consider commencing LMIA applications and supporting applications for permanent residence if qualified.