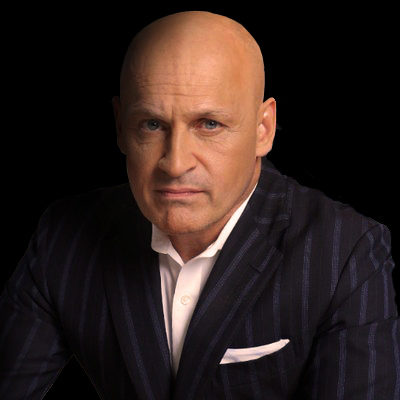 In this post, I summarize 5 essential points to obtain a Mareva injunction in Canada.

I had previously blogged about a recent case limiting the application of Mareva injunctions against bona fide creditors of the defendant as a debtor, here.

Ontario Mareva injunctions can be issued for an initial period of up to 10 days and thereafter extended on the application, though they are not a stand-alone cause of action.

1) Legal Test for a Mareva Injunction:

There are four categories of legal requirements: the test for a Mareva injunction itself; the basic requirements to obtain an interlocutory injunction; the prerequisites to obtaining an ex parte motion under the common law (including the duty to disclose material facts), and equitable principles which may bar relief.

The formal test for a Mareva injunction requires three elements

(i)  A strong prima facie case

(ii)  That the defendant has assets in the jurisdiction; and

(iii)  That there is a serious risk that the defendant will remove property or dissipate assets before the judgment, with the intention of avoiding judgment

(iv)  Is there a serious issue to be tried?

(v)   Will the applicant suffer irreparable harm if the injunction is not granted?

(vi)  Does the balance of convenience ensure the Mareva injunction cause less harm to the defendant than the moving party?

2) The duty to disclose all material facts:

In Chitel et al. v. Rothbart et al. (1983), 1982 CanLII 1956 (ON CA), the Court articulated the duty to disclose as one of five common law prerequisites for Mareva and other ex parte injunctions imported from UK case law:

“Material fact” includes all those facts of which the judge hearing the motion may need to be aware of coming to his or her decision, non-disclosure of which may affect the outcome of the motion. This includes considering the merits of the main claim itself, and may also include producing an adverse inference can be drawn where a party fails to produce any documents in support of this, which the moving party should have under its control to produce.

Ontario courts have recognized that Rule 39.01(6) of the Ontario Rules of Civil Procedure reflects the duty to disclose.

The reason for such stringent requirements is that in ex parte motions, the Judge relies solely on the moving party without benefit of the ordinary checks and balances of the adversarial system; such orders as issued may be prejudicial to the defendant.

3) Consequences of a Failure to Disclose All Material Facts:

If discovered by the Court at the application stage, a Mareva injunction will almost certainly not be granted, and through the Courts retain a residual discretion under Rule 39.01(6) to waive this duty, there is no clarity on what would warrant such a waiver.

For injunctions already issued, failing to disclose material facts is itself sufficient grounds to set aside the original Order under the Rules of Civil Procedure.

A defendant can also bring a motion to dismiss the injunction, upon which the plaintiff must choose to defend a motion to dismiss by either upholding the Mareva issuance without the benefit of advancing any new evidence or in the alternative by solely defending against new evidence advanced by the defendant. Defendants can also use this opportunity to challenge the Mareva on jurisdictional grounds.

Where a Mareva is dismissed for failure to disclose or any other reason, each party has been ordered to pay its own costs, on the basis that it is extraordinary relief amounting to execution before judgment.

5) Additional concerns for lawyers of clients under a Mareva injunction:

A lawyer can be held in civil contempt if he or she releases client funds from a Mareva-bound account. A lack of intention and solicitor-client obligation cannot be used as defences. In Law Society of Upper Canada v. Carey, 2017 ONLSTH 25, the Tribunal deemed that the uncertainty at the time of how to balance professional obligations with a Mareva injunction so as to avoid contempt was to be a rare exception warranting no professional discipline, despite a technical breach of the Rules of Professional Conduct. With this issue now settled in law, future Mareva violations by lawyers will clearly incur both contempt of court and professional sanction.